With a little more kindness

Madeleine Harris Smith reflects on her experiences at Super Melting Pot, and discusses how we can support the health and care system to be kinder.

So much of my work focuses on asking people to be brave. Every day we ask patients to question their doctors and advocate for their own care. We ask healthcare professionals to challenge the system and put their heads above the parapet. We ask commissioners to make decisions that go against the grain in a world of funding pressures, and we ask decision-makers to think long term, even if that means being controversial in the short term.

Bravery is the thread that runs through our work, both consciously and subconsciously as we strive to achieve change.

It was also the theme of my question to Sally Anne Gross during her session on tackling taboos at Kaleidoscope’s Super Melting Pot last month. How can we support people to be braver when it comes to driving change?  And her response? “With a little more kindness, we’d all need to be a bit less brave.”

It was an eye-opener. What if, instead of asking individuals to be brave, we challenged the system to be kinder? Might it mean a cost-effectiveness threshold that considered the costs of informal care when deciding on new medicines? Would it mean more staff supported in embracing technology to support patients with debilitating diseases? How about a system that incentivised follow-up appointments to prevent patients from ‘slipping through the net’? Or could it be as simple as giving clinicians the time to ask how a patient is, beyond their initial presentation?

What if, instead of asking individuals to be brave, we challenged the system to be kinder?

Progress is being made in each of the areas above, but it relies on people stepping out of their comfort zone to challenge the status quo. So, how can we change the narrative and support the system to be kinder?

Spoiler alert: I don’t have the answer. But two days spent with the Kaleidoscope team has shown me that work towards figuring it out has already begun. And I’m absolutely thrilled to have been given the opportunity to join in.

Madeleine works in the Health Team at MHP Communications, where she supports organisations across a range of communications disciplines, including patient advocacy, media activity, campaign development and public affairs.

Learn more about what happened at Super Melting Pot. 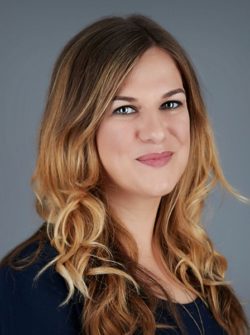