What can the past teach us about the present?

Memory, learning, history, loss, curiosity, energy. These are not terms normally associated with NHS improvement. But our week-long Changing Healthcare conference provided a week of stimulating talks by service and clinical champions, researchers, and thought leaders. It provided different ways of thinking about the past and the present. Tara Lamont summarises some of the key lessons.

At the Changing Healthcare conference last month, there was reflection and debate in the virtual breakout rooms on what case studies of successful system change teach us about current challenges. The programme was delivered by Kaleidoscope with Health Services Research UK. Here is a summary of some of the key lessons that came up during the event.

We started with a broad sweep from Mary Dixon-Woods of the history in the NHS of spending more time admiring problems than fixing on evidence-based solutions. Her elegant overview distinguished between sector-wide challenges which need standardised responses and other problems which need to be adapted or generated locally. Not every hospital needs to start from scratch in designing a covid-safe corridor or new pathway for dealing with obstetric emergencies. We can learn a lot from high-performing teams and organisations, but there are also real oversights and gaps in what we know from improvement research. Why do we focus so much on individual professional behaviour at the expense of systems and processes? Why do we forget to consider the impact on marginalised and under-served groups of people?

Our case studies had been selected on the basis of demonstrable quality and cost improvement underpinned by evidence. Following our first event on NICE as an institutional embodiment of evidence-based practice, we looked at the concerted effort to reduce healthcare acquired infections more than a decade ago. Against a climate of concern around “killer superbugs,” Sally Warren described an effective response from the centre, bringing together different policy and clinical teams to develop a comprehensive programme, from mandatory reporting and surveillance, targets and evidence-based bundles.

Ginny Edwards noted the clear clinical and managerial leadership at every level, from matrons with accountability to directors of infection control reporting to boards. The results were remarkable, with trusts meeting and exceeding targets. Reductions were sustained over time. We noted the key insight from Mary Dixon-Woods of the importance of framing infection control as a social problem that could be fixed. Other clinical leaders throughout the week confirmed that they had accepted deaths from these infections as unavoidable up until that point.

Why do we focus so much on individual professional behaviour at the expense of systems and processes? Why do we forget to consider the impact on marginalised and under-served groups of people?

We also saw the mixture of central and local drivers ensuring lasting change—a feature too of our third seminar on daycase surgery. It was unthinkable twenty years ago that patients could be admitted and discharged on the same day for many elective procedures. Kieran Walshe talked us through the combination of leadership, finances and data which enabled change. Powerful clinical leaders included Brendan Devlin opening up data on perioperative deaths (we reflected on other mavericks who faced some resistance from their peers, from Ignaz Semmelweiss dying alone in the asylum, to Ernest Codman shining the light on clinical comparative data, and George Godber making himself unpopular by tirelessly advocating for smoking legislation). The tariff regime and mix of targets and incentives was effective, with comparative data—as for infection rates—proving an important driver.

This was echoed powerfully by Tim Briggs describing the Getting It Right First Time programme, starting as a bottom-up clinician-led initiative to benchmark best practice with impressive results in improving outcomes and efficiencies. Daycase surgery had been powered by clinicians but also enabled by advances in technology, from keyhole surgery to short-acting anaesthetics. We considered other examples of “win-win” service changes with improved quality, patient satisfaction and reduced costs, from modernising outpatients and follow-up to reengineering ambulatory care.

We had a typically insightful and provocative interjection from Nigel Edwards in the middle of our programme of case studies. He noted that the NHS is rarely curious about the past and has a repeating pattern of poor conceptualisation of problems, confusion of structural solutions with complex cultural or behavioural changes and setting multiple (and sometimes conflicting) goals with a single policy instrument. Policy changes which had not had traction often lacked a coherent narrative.

Our last case study was non-medical prescribing, with incremental shifts to current extensive prescribing powers for UK nurses, pharmacists and allied health professionals. Christine Hancock talked us through the early modest ask by district nurses to prescribe wound dressings. There was early resistance from parts of the medical profession and Treasury concerns of possible spiralling costs. Key to the success of the national nursing campaign and “policy determination” was the patient stories, from patients needing stoma bags fitted to pain control at end of life.

We heard from Claire Anderson of high rates of prescribing errors by junior doctors prompting change, with ward-based pharmacists now routine in hospital. Aseel Abuzour noted differences in clinical reasoning between prescribing nurses and pharmacists and Duncan Petty emphasised the importance of training and supervision to ensure full deployment of prescribing powers, currently under-used. There were issues still of confidence and uncertainty around scope of practice. Participants wanted to know what had helped doctors to cede prescribing rights and move towards a form of “allyship” with other professions.

It was fitting that we ended the week with a seminar from an actual historian, Sally Sheard, who has carried out historical analyses on NHS policy and practice, from waiting list management to regional structures. She noted that we are not so good at institutional learning or organisational memory—indeed, less than 5% of official records are now retained. Participants questioned whether in the digital age, it would be even harder to document and archive resources. She reminded us that there was no such thing as a definitive history, only a series of histories which can be challenged and reviewed. Multiple perspectives were needed to ensure, as the saying goes, that history is not only  written by the winners.

Bruce Keogh, with himself a distinguished record in change-making, reflected on how facts and reality change over time, using the example of stopping the heart which became the basis for modern cardiac surgery. One of his powerful insights was that “people don’t fear change, they fear loss.” From closure of local emergency departments to centralising specialist services, we need to understand some of the forces of resistance to “evidence-led” change. These include important drivers of civic pride and community and cannot be discounted as irrational blocks to improvement.

Translating past into present

What can we conclude from looking back? Throughout the week, we were mindful of recent rapid transformations in response to covid-19, from digital triage and remote consultations to strengthened discharge to assess and crisis response services. Penny Pereira highlighted findings from a recent analysis showing how positive service shifts have been enabled by necessity, as well as local freedoms and permissive “air cover” from regulators in these exceptional times. Some of the learning of what works during the pandemic echoes messages we heard throughout the week from our speakers. From tackling MRSA to moving towards daycase surgery as default, we saw the necessity of both top-down and bottom-up action. Effective change combined central leadership to set sense of purpose and give clear national priorities (and incentives) with bottom-up agency and discretion for clinical teams to drive change.

Our understanding of the system is dominated by policy and research attention on the acute setting. For instance, Ginny Edwards noted that while we saw sustained and dramatic reductions in MRSA and C. difficile infections, MSSA rates did not follow a similar trajectory. We know so much less about E. coli or infections from catheter changes in care homes and the community. And what works in hospital will not always be effective in other settings. It is easier to focus on organisations than complex care pathways—or patient lives.

The role of patients and the public was another recurrent theme. This included the empowering “it’s OK to ask” element of patients challenging staff as part of a hand hygiene programme through to public demand for easier access to medicines. Sally Sheard noted the importance of mass archives to record the multiple lived experience of patients, including living with covid. It was hard to think of a successful system change that did not have at its heart patient stories of avoidable harm, delays, complications or inconsistent care.

There is much we know and much we still have to learn. Speakers emphasised the importance of high quality research to make sure we understand the right lessons from history, even as it is happening. Participants noted the fast pace of change, with one trust chief executive saying to Bruce Keogh that their five year strategic plan had become their five week operational plan. Researchers are rising to the challenge with rapid assessments of emergent innovations, from primary care networks to remote home monitoring models during covid. We can evaluate swiftly but also use the knowledge we already have from research on previous NHS large-scale system change, from stroke reconfiguration to incentivised clinical pathways.  I was reminded of the curious linguistic fact that the peoples of some Andean highlands talk about the past being before us, rather than behind us. Our programme of events showed us that history is all around us and can help us deal with the urgency of now.

Tara Lamont is Senior Scientific Adviser (Evidence Use) at the Wessex Institute, University of Southampton and a Board member of HSR UK.

This blog first appeared on The BMJ Opinion and is published here with their permission. 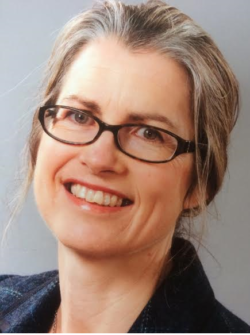