Stroke is not the same as cancer. Maternity services are not the same as psychological therapies. But is there learning to be gained from thinking about how system change happening in one clinical area could be transferred to others?

That was the premise behind our event series, in partnership with UCL, and funded by the National Institute for Health Research, which explored how the learning from stroke reconfiguration in London and Greater Manchester could support successful system change across the NHS.

The series started with two webinars (which you can watch, or read Angus Ramsay’s blog about them), and built to a full-day event with more than 60 people from across health and care. So what did we learn?

It’s not top-down versus bottom-up
The day began with a discussion about the sort of leadership needed to achieve successful system change, with the shared sentiment in the room being that a dichotomy between ‘top-down’ and ‘bottom-up would not get us very far. Leadership needs to happen at all levels, from patients and clinicians to the government, with the key point being the alignment between them.

We also learned there’s a real case for diversity in leadership types throughout the change process. Warren Heppolette from the Greater Manchester Health and Social Care Partnership pointed out that the leaders needed to start an organisation or movement may not necessarily be the right people to maintain it. And, as is so often in 2018, the notion of social movements emerged as a powerful tool. Support from patients and communities for system change will not be sufficient if it sounds and feels like an irrelevant (and boring) plan.

How to approach patient and public engagement
There was a clear feeling in the room that we often involve patients and the public in change because we ‘have’ to – a form of VAT that we have no choice but to add on top. Do this at your peril, was the message from Chris Naylor, chief executive of Barking and Dagenham Council.

“If you don’t involve the public in your plans, just presume they will fail,” said Chris. Involving patients and the public isn’t something additional to a change process, it should be deeply ingrained in it.

We also spoke about instances where patient and public involvement might NOT be the right thing to do, and about the need for a more honest approach to what can and can’t be gained from involving patients and the public. Thinking of the ‘value’ of engagement in change, rather than its ‘impact’, is the way forward here, says Professor Chris McKevitt.

Patients and communities won’t support system change if it sounds and feels like an irrelevant and boring plan.

Judith Williamson, lay member for the Patient, Carer and Public Involvement Clinical Studies Group, emphasised that regarding lay members as ‘just patients’ reduces them to a very small part of what they are. No one had ever asked her what she did in her life outside the hospital, even though she felt that her experience – rather wonderfully – as a management consultant specialising in transformational change was more valuable in this setting than her patient experience.

Focus on the community
As mentioned above, we established that there is a clear need to engage on many levels. We learned that in the stroke experience, while clinicians and academics tended to focus on getting acute care right, the people affected cared more about local and community services. We talked about the risk that, when designing and implementing system change, we are not paying enough attention to longer-term aspects such as quality of life and rehabilitation in the community. Reflecting on stroke reconfiguration, both Tony Rudd from London and Sarah Rickard from Greater Manchester saw not acting faster on community care as a significant regret.

Measurement needs purpose
We can all agree that a lot of thought needs to go into measuring large scale change, but there was a feeling that measurement is sometimes seen (a bit like public engagement) as an add-on rather than integral to change itself. We talked about the importance of selecting the right measures – useful, meaningful, and actually reflecting the change – but also about the limits of what data can tell us.

“Evidence tells one part of the story, but compelling narratives and communication are crucial to bring people on board and make change happen,” said Jemma Gilbert, Director of Transformation at the Healthy London Partnership.

We also learned about the value of capturing ‘organisational memory’ to illustrate current experiences and form a baseline for change. There was a feeling that when designing measurement, we do sometimes forget that our ultimate aim is “to change lives rather than services”, as Warren Heppolette phrased it.

Still optimistic after a day of talking about system change
While we agreed that change is hard work, our amazing speakers and all the great conversations instilled a lot of positivity and zest for action. In a quick voting session at the end, 97% of attendees saw value for other areas in looking at stroke reconfiguration, and 90% believed that the NHS is capable of successful system change. The challenge now is for that optimism to be reflected back in the daily practice of those leading change across the NHS.

Since you’re here…
…we’ll let you in on a secret about Kaleidoscope’s funding. Spoiler alert: it’s not a secret. We’re a business. We design and support collaborations, run events, and help to develop strategy and policy. Our work is shaped by our clients’ challenges. We’d love to hear about yours: find out more. 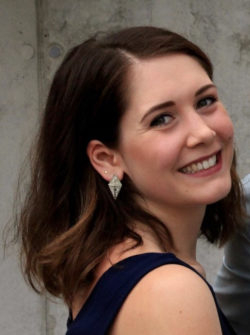