What we learned about system change

Dr Angus Ramsay looks at the learnings from our recent webinars on the reconfiguration of stroke services, where we had wide-ranging discussions of key aspects of major system change.

I’m delighted to have been part of the recent learning from stroke webinars, where we had wide-ranging discussions of key aspects of major system change. In our first webinar, Naomi Fulop, Steve Morris, and Ruth Boaden presented our NIHR research on centralisation of hospital stroke services in London and Greater Manchester, reflecting on how changes were led and put into action, and their impact on patient outcomes, delivery of evidence-based care, cost-effectiveness, and patient experience.

In our second webinar we turned to international perspectives on major system change: Allan Best gave insights on key principles and approaches to carry out such changes, and Kristian Taageby Nielsen shared the case of current work to reconfigure hospital care across the whole of Denmark.

Both webinars prompted some excellent audience questions, which in turn stimulated valuable reflections on lessons for major system change. We believe many of the lessons identified may apply to a range of specialist services.

Looking back on these discussions, here are the issues that resonated most with my experiences of evaluating major system change.

1. Don’t forget the ‘how’
While the service model is clearly important, how it is put into action is pivotal. Naomi described how contrasting approaches to leading and implementing change led to very different service models being used in Greater Manchester and London, which in turn resulted in significantly different patient outcomes in the two areas. Therefore, it is important to think carefully about how changes will be put into action from the beginning.

2. Embrace complexity
A common thread was that major system change is complex. It involves many independent actors with differing priorities and sometimes ambiguous decision-making processes; importantly, such systems are themselves constantly evolving. Allan noted that, while tempting, breaking complex change down into smaller chunks does not work: instead, one must engage with change at multiple levels – reflecting, learning, and adapting as changes and the wider system develop.

3. Take the public with you
Implementing changes can take time, and it is important to sustain public support for changes throughout. Key to achieving this is to dedicate thought and resources to ensuring that people can see change in action for themselves. For instance, Kristian described the value of holding ‘open house’ days, where members of the public are welcomed into services to see how things are improving.

4. Place impact in context
When analysing impact of change, it is important to look beyond where the change is happening. Steve described the importance of using a national control in his analysis of whether changes in London and Greater Manchester had made a difference to stroke patient mortality: by controlling for wider patterns of improvement, he was able to assess whether the improvements observed in London and Greater Manchester could be attributed to the reconfigurations, above and beyond national trends.

5. Change is not a one-off
Sometimes change does not deliver the intended benefits; what matters is how one responds to this. Naomi and Ruth described how Greater Manchester harnessed national audit data and some of our published evidence to strengthen the case for further centralisation. As a result, stroke patients in Greater Manchester are now significantly more likely to be treated in a Hyper Acute Stroke Unit and receive evidence-based care. Therefore, while evidence of limited impact of change is naturally disappointing, it should be seen as an important opportunity to develop services further.

We will be addressing several of these issues – leading and implementing change, involving the public, and measuring impact – in depth with a wide range of people at our face-to-face event on 22 May.

I’m really looking forward to seeing people engage and play with these ideas – and developing them further. 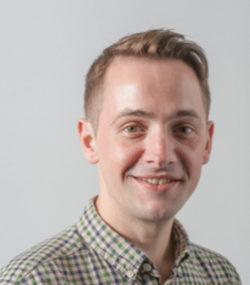