Top down or bottom up for successful system change?

What drives successful (and sustainable) system change? This won't stop being a relevant and compelling question. We should perhaps acknowledge though that, at least in terms of healthcare, we have a prevailing orthodoxy - that top down, mandated and performance managed changed is the default method.

The healthcare system has been trained to receive and act upon the annual operating plan. That plan describes the what, the how, the ‘by when’, and the ‘how much’.

There is some evidence that this is at least partially successful if we consider the changes arising from the 2000 NHS Plan, the national service frameworks, developments in PBR, and referral to treatment programmes that followed it.

However, the limits are obvious:

Both systems sought to respond to key elements of the National Stroke Strategy by establishing a hyper acute stroke care model to increase the reliability of urgent, evidence-based treatment for people suffering a stroke.

In London, it was a declared priority of the strategic health authority and that body drove the participation of providers and the faithful implementation of the model. The model worked, it saved lives and has held. While on the face of it that may look like a top down method, the sustainability of the model suggests some real bottom up engagement that has held together beyond the life of the SHA.

On the face of it, this looked like a negative effect of the absence of more top down control, but in reality something interesting and different had happened.

In Greater Manchester, the change was driven entirely from within the providers and commissioners in the system – a bottom up model, if you like. The first phase of implementation, on a pathway that ensured that only a proportion of victims of stroke were received in a hyper acute stroke unit (HASU), did not produce the impact Greater Manchester was looking for. It was clear that the pathway needed to be changed to ensure that all patients experiencing stroke were taken to a HASU.

This might have looked like a negative effect of the absence of more top down control, but in reality something interesting and different had happened. The stroke community in Greater Manchester, as an operational delivery network by then, had taken responsibility for the pathway and its development, had proposed the amendments and won the support of commissioners.

The bottom up model had effected a change, taken responsibility for the outcomes, learned and corrected. The result is that Greater Manchester now has the highest performing acute stroke services in the country, all ‘A’ rated on the national audit system.

More profoundly, Greater Manchester as a whole has recognised the stroke chapter as part of its own story. It confirmed our belief that we could take collective responsibility, commission together, organise delivery across hospital boundaries and, if needed, enhance and iterate the model too.

The inclusion of the stroke work as part of our transformation narrative did inform the eventual work on health and care devolution. It informed the development of our model for major trauma and for the reorganisation of acute care as part of Healthier Together. So the Greater Manchester health and care system has permanently set itself to take responsibility for its key challenges, coordinate itself across both civic and clinical leadership and drive improvements to health and care.

Greater Manchester’s healthcare transformation since those days in 2010/11 has accelerated and deepened. The leadership from commissioners, clinicians, councillors, council leaders and council officers has kept looking forward. I have no sense that this progressive mentality has any appetite to lower its focus or wait for leadership to arrive from elsewhere. 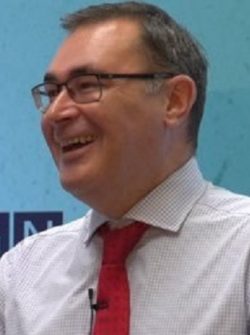