The NHS decides elections (and other untruths…)

Anastasia Knox argues that the NHS doesn't decide elections, leaders do. While the NHS is often seen as one of the 'hot topics' ahead of elections, the policies of different parties do not determine how most people vote.

The NHS is – famously – our best-loved institution.  When BritainThinks run focus groups, people up and down the country tell us that the NHS is in ‘the marrow of our bones’, that it is the UK’s ‘crown jewel’ and that it represents the best of what it is to be British.Public concern about the NHS is rising.

Participants are describing difficulties getting an appointment with GPs, their hospital appointments are being pushed back, and there is worry that hard-pressed NHS staff no longer seem to have the time to care.  This is backed up by national-level polling; in Ipsos MORI’s April Issues Index, 48% of respondents identified the NHS as one of the top three issues facing Britain today.  This is on a par with Brexit and an eight-point increase since December 2016.​

All the evidence is that it is leaders, not policies which determine how most people vote.  It is simply no good having great policies if your leader is not trusted to execute them.

It might seem logical, therefore, to assume that public attitudes towards the NHS will shape how people vote on 8th June. Indeed, the public themselves say that it will: 31% of those surveyed for Ipsos MORI’s most recent Political Monitor say that the parties’ policies towards the NHS will be ‘very important’ in helping them to decide how to vote.
​
And yet…
All the evidence is that it is leaders, not policies which determine how most people vote.  It is simply no good having great policies if your leader is not trusted to execute them.
​
One telling example of this comes from work BritainThinks ran with the Guardian in the run up to the 2015 election.  We gave a panel of undecided voters in swing constituencies an app, and asked them to tell us every time they came across something that made them think about the election.  Of the 596 responses we received, a fifth referred to policy areas – the majority were about the party leaders.  (It is worth noting that in this research, Ed Miliband came off much worse than David Cameron; a panda to Cameron’s lion.)

However, issues can influence how people vote when they become indelibly connected to leadership ability and / or competence.

At the moment, there is just one policy area that has this crucial link: Brexit.  Voters know that negotiations will be tough and in our focus groups they tell us that they are looking for a leader who is up to the task, and can secure the most favourable terms possible.  Unfortunately for Labour, polling consistently shows that Theresa May is far more trusted in this regard than Jeremy Corbyn.

There is, of course, still time for things to change.  If Labour (or indeed any other party) manages to make stewardship of the NHS a question of basic competency, then we may see it become more important in determining how people vote.  However, so far that shows little sign of happening, and until it does, this election will continue to be the Brexit election. 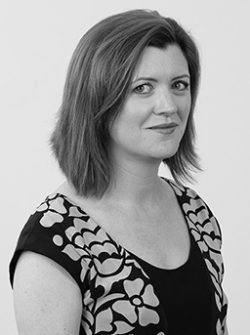