Of all the times to take on a new job in the NHS, just before Christmas is an interesting choice in any year. Just before Christmas when a novel coronavirus is beginning to take hold in China and before the most unprecedented challenge to face the NHS since its inception could be considered unfortunate…

I took on the Chief Operating Officer role at the Royal Berkshire NHS FT last December after a career mainly spent in national or regional government or NHS roles. It’s been a very steep learning curve so far. So how does leading teams facing complex challenges in those settings compare at this point? Frying pan or fire?

So much is similar – trying to be visible and present, listening, communicating simply but clearly, empowering teams where possible, and where necessary making decisions and explaining them.

The pace and complexity of life is high in either setting – a constant volume of important and urgent issues to address creates pressure wherever you are. No surprises there. But some aspects are subtly different in a local organisation.

The intensity of the role feels different. In a hospital you see and talk to the patients and the clinical teams caring for them every day, and you get feedback instantly on the impact of decisions big and small.

It doesn’t mean you set a strategic direction based on this morning’s ED challenges or last night’s staffing issues, but it does mean that you know quickly how people are reacting to events and changes – whether they are for the short or long term.

In a national role the intensity is generated by other factors – political impetus, media coverage, stakeholder pressure – that are perhaps more diluted locally.

In a national role the intensity is generated by other factors – political impetus, media coverage, stakeholder pressure – that are perhaps more diluted locally.

Emotion tends to be nearer the surface, perhaps because of the immediacy of the human impact of what happens in a hospital and the strongly held values in evidence at all times. Consciously connecting with that and at times working out when and how to detach from that is part of the day-to-day challenge.

My experience was that national roles can feel the other way round; they allow greater objectivity – perhaps enabled by the distance from operational implications – but require people to actively connect with the human consequences of policy-making.

External scrutiny is differently focused. Generally, the default position is to support what the local NHS does as part of the community. Media coverage is usually (though not always) less sensational and more balanced locally. There is an opportunity to get messages across with fewer gotcha questions – that doesn’t mean interviews aren’t probing, but it does mean there is time to explain.

I’ve still got plenty to learn. Working effectively across multiple organisations in our local system is a work in progress, for example, but something I’ll keep focused on. So personally, I’m definitely in the fire but not melting yet…

The issues raised in this blog will be part of the discussion with Dom at our online Melting Pot Lunch on 15 October. 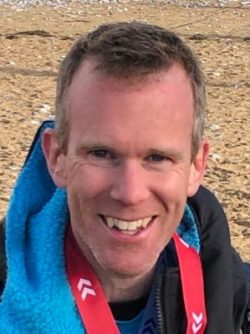