As the writer of 'Burnout', one of the six stories shortlisted for Writing the Future, I've been asked to describe my experience of writing for the competition, and the inspiration behind my story. “Write what you know,” beginner authors are often advised. Well, it so happens that I work in primary care in the UK, and I enjoy reading – and occasionally writing – science fiction.

The competition presented too good an opportunity to miss: an excuse to write in a familiar genre on a subject that feels close to home. So, thank you, Kaleidoscope. It’s been a very positive experience.

There’s a lot to consider when it comes to future health and health care provision: ageing populations; migrating populations; globalisation and the reaction against globalisation; Big Data and machine learning; antibiotic resistance and resurgent infectious diseases; overpopulation; climate change and callously transgressed planetary boundaries; precision medicine; advances in genomics, epigenomics, and microbiomics; ‘peak health’, perhaps; or just maybe, a move towards positive health, and a return to the ideals of the 1926-50 Peckham Experiment; and delayed senescence or even near-immortality, whether biological or digital.

So many visions of the future. So many ways it could all go wrong and, if the Anna Karenina principle means anything, so few ways for it to go all right.

It can assert itself forcefully in the consultation; it can already feel like another person in the room, a digital gooseberry intruding into the cosy patient-practitioner relationship.

I’ve long pondered such topics – and haltingly, even tried to write about some of them. But there’s too much.  I’m sure many of the other competition entrants had the same problem. Where to begin?  And even harder – where to stop? Some of these are meaty ideas; many are densely interwoven. And a strong conceptual framework is not enough by itself, not even for a science fiction story—perhaps especially not for a science fiction story. There need to be strong characters, a sound plot, and that thing essential to storytelling that those of us involved in frontline healthcare usually bend over backwards to avoid: conflict.

The answer was right in front of me when I next sat down at my day job. The entity in the consulting room that has the greatest potential to reshape the future coalface of clinical medicine. The computer – or more accurately, the software it hosts.

It has the electronic patient record. It has the patient pathways, the clinical decision tools, and the risk score calculators—some of which appear relatively simple at first glance, but are underpinned by data from a research network built on anonymised records from some 24 million patients.

It has Google. Even without strong artificial intelligence, it can assert itself forcefully in the consultation; it can already feel like another person in the room, a digital gooseberry intruding into the cosy patient-practitioner relationship. And it’s immune to all the human fears and frustrations around communication and care and workload and resource limitations that are such a feature of using and working within the NHS of the early 21st century. It doesn’t get stressed. It doesn’t get conflicted.

Or at least, not yet.

So, I had my protagonist, and then – praise be – the rest of the story unfurled quickly and relatively painlessly.

The future probably won’t turn out anything like ‘Burnout’, of course. But just in case: good luck, little computer. You’ll need it, when you’re in charge. Take good care of our children. And I hope they take good care of you. 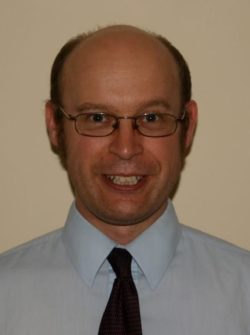