In danger or dangerous: is youth violence a national crisis?

It appears that regardless of policymakers’ support for a public health approach to youth violence and a focus on prevention, we are struggling to make it a reality.

It seems difficult to open a newspaper or visit a news website without reading the distressed words of a parent, sibling or friend of the latest victim of knife crime. These words often, but not always, include a call from the bereaved for more police, perhaps more stop and search, certainly longer sentences for perpetrators as well as those found carrying knives.

These life changing events have in the past two years seen many reporting on them talk in terms of ‘epidemics’ or ‘crisis’, with one broadcaster leading a weekend of news programmes with the headline that the murder rate in London is now higher than New York. At the same time, the debate among commentators  in particular has become racialised, with some suggesting that they are being stopped from pointing out that this problem is mainly ‘black’ boys killing other ‘black’ boys.

Inevitably, policymakers across the political spectrum have responded. The current government (though not the current Home Secretary) published its Serious Violence Strategy in 2018, the Mayor of London published his own review and established the Violence Reduction Unit, with others across urban areas in England articulating responses to the problem of ‘serious youth violence’.

Almost all these responses have emphasised that a ‘public health approach’ is needed, often citing the work in Glasgow as evidence of the need for a multi-faceted approach to preventing violence. This has seen funding streams such as the Youth Endowment Fund being established, anti-knife crime campaigns including messaging on fast food boxes, and investment in youth workers in A&E departments to exploit the ‘teachable moment’.

Children and young people are impacted by these debates too. A number have begun to conclude that they are in danger from other dangerous children.

However, it is also clear that the most visible policy responses have been focused on crime and punishment. An increase in police numbers (actual and promised), greater use of stop and search as well as S60 orders, increased imprisonment of those found to be carrying knives, as well as an increase in the tariff for carrying a knife.

It appears that regardless of policymakers’ support for a public health approach and a focus on prevention, we are struggling to make it a reality.  In part, this is the result of the moral panic that has accompanied evidence of the rise in homicides of young people. This is partly because in public debates evidence is considered in a narrow way.

Looking at data for 2017-18, there has been a rise in deaths of 16 to 24-year-olds by homicide compared to the previous year, with the figure currently standing at 152. However, over the same period 279 17 to 24-year-olds were killed in road traffic accidents. Little attention is paid to other trends. For instance, the majority of the decline in homicides since 2004, and now the rise, is due to male homicides. Yet few of the public debates focus on men or masculinity.

Children and young people are impacted by these debates too. A number have begun to conclude that they are in danger from other dangerous children. Their solution appears to be to avoid other children, or protect themselves by carrying a knife.

None of this call to engage with the evidence is to dismiss or minimise the call for action by families or communities. However, it is to argue that if we are to either prevent violence or better address its impact by the adoption of public health approach, we need to start with understanding the challenge and what will work and with whom.

Jabeer Butt is the Chief Executive of the Race Equality Foundation.

The issues raised in this blog will be part of the discussion with Jabeer at the Melting Pot Lunch on 31 October. 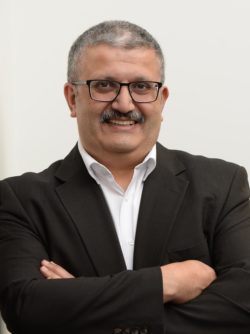