It is a commonplace assertion that society, the economy and public services face unprecedented challenge: from demographic pressures to a stuttering economy; to critical workforce shortages and developments in technology that outpace our ability to harness them for public good. In order to survive (let alone thrive) we must change; work differently, think differently, live differently.

But all change is not necessarily a good thing. And not all new things turn out to be that ‘new’ after all. Don’t throw the baby out with the bathwater (das Kind mit dem Bade ausschutten), has been a German catchphrase for 500 years. In seeking out productive change there might also be things to retain, adapt or even revisit from the past.

The trick, in part, is to ask these questions without descending into cynicism or nostalgia. In hospitals for example there are plenty of ‘young fogeys’ (usually men, often in their 30s or early 40s!), lamenting that students, trainees or other professions are not what they used to be. If only there was a return to longer hours, more didactic teaching, greater ‘hands on’ experience then all would be well. But the law has changed, education has changed, and society has changed. So simply turning back the clock cannot and should not be done.

Reflecting on 30 years of both continuity and change in the NHS, I would offer the following thoughts on how both to embrace the new while learning from the past:

The most influential and enduring sessions in a series of leadership development courses for clinicians commissioned over the last 15 has been in generation theory – helping talented senior clinicians, often at the height of their powers, to understand and relate to students and trainees 20 or 30 years younger.

This includes addressing common misconceptions such as a presumed appetite for e-learning among millennials when what many of them want more than anything is coaching and individual attention. Understanding that younger people are no more or less bright, insightful or feckless than their elders. And if anyone’s to blame for the shortcomings of modern medicine, nursing or management it’s certainly not those starting out on their careers.

2. Identify why things worked (or didn’t) rather than what worked

Thinking about healthcare policy over a number of years, it’s interesting to identify which initiatives achieved real traction and which fell by the wayside. Why did Health Action Zones achieve so little with such huge budgets and political capital? Yet Academic Health Sciences Centres captured the imagination of universities and teaching hospitals alike without a penny of additional resourcing, and a competitive application process which almost all were bound to fail? How did the ‘internal market’ (a largely improvised response to an off the cuff policy announcement by Margaret Thatcher in a TV interview) endure for nearly 30 years?

The answer, of course, is in the particular. Circumstance, leadership, engagement and chance all have their part to play. But it’s rarely the case that the brilliance of the central idea, (the what), simply wins out. Instead it’s the why of motivations, imagination and coincidence of factors or events that makes the difference.

3. Connect with purpose, not just results

“What has been is what will be, and what has been will be done again; there is nothing new under the sun.” (Ecclesiastes 1:9). These lines are often used to reinforce a conservative, even cynical, world view. Yet Solomon’s point is that however exciting life may seem, it lacks meaning without God. In a modern and secular context this can be read as the importance of connecting events to purpose.

Simon Sinek’s ‘Start With Why’ makes purpose the focal point of shared motivations and, consequently, results. The cynic’s assertion that it’s all been done before (and probably better) misses the point. A change that achieves its purpose is a success, irrespective of whether it’s an original innovation or a reinvention of something tried before.

So, can you teach ‘new dogs’, ‘old tricks’? My answer; probably. So long as the old dogs have an insight into modern methods. 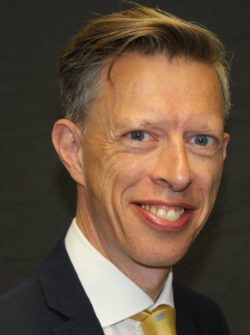