A case of identity?

I watch and read a lot of dystopian fiction and one of the grimmest things about the world to come is the extremes of 'identity': think red cloaks in The Handmaid's Tale, unseeing Ul Qoma in The City and the City, or a replicant in the persistent rain of 2019 Los Angeles.

People do like to categorise. I include myself in the catch-all; anyone who’s ever seen me present on analytical matters will often hear me kick off by apologising for being a career analyst (it can be an awkward admission to make, especially in taxis) as a way of laying out my stall.

In the rhetorical sense, such ‘identity-splaining’ can be a useful device for drawing in an audience and playing on their preconceived assumptions (oooh, everyone look at the nerdy lady) but in the day to day reality of making health and care better it’s a problem.

I’ve had the privilege twice now to spend time with the Sir Peter Carr award winners and nominees who are forming the beginnings of a network of passionate people with projects in hand to make care, and life generally, better in their organisations.

Ranging from a project for sparing 15 seconds to save 30 minutes (check out @15s30m on Twitter) to encouraging and supporting the grassroots use of data, the teams’ ideas bring together the often tribal communities of clinicians and managers.  At a workshop back in December, as we discussed challenges to the developing network, the issue that really stuck in my mind was hearing one of the award winners say, “I was told, you’re a clinician, you shouldn’t be doing this, it’s a waste of your time.”

One of the many advantages of learning as part of a network is the opportunity to challenge yourself with views from outside of your tribal stomping ground in a safe space.

Quite apart from the lack of support and kindness that shows, it perpetuates the us and them mentality that prevents so many from venturing into new arenas of discovery and perhaps improvement.

One of the many advantages of learning as part of a network is the opportunity to challenge yourself with views from outside of your tribal stomping ground in a safe space; to truly get at the alternative view that could shed that crucial bit of light on the problem at hand. At Kaleidoscope we have enshrined that in one of the principles that underpin all our networks – ‘beyond boundaries’. That doesn’t necessarily mean being uncomfortable, but it does mean challenging yourself and others to look for the learning in what you might think are unlikely places.

I recently spent an afternoon with Ali and Anna, one of the Sir Peter Carr award teams, ostensibly supporting them with some of the technical stuff around using data for improvement. I nodded sagely and tried to impart a spot of wisdom, but in reality I learned as much in their company (if not more!) than they did in mine. I was able to challenge some of my assumptions about how data is actually used in Ali and Anna’s context.  And as someone who is interested in the interface between data and change, that is gold dust – and while Ali’s office wasn’t the least unlikely place to find it, it wasn’t something I necessarily expected (thanks to them both!).

The nascent Sir Peter Carr award winners and nominees network promises so much more; by challenging themselves to break through so much of the ‘identity’ barriers, the network is a glimmer of a promise of a future far away from the dystopian bleakness predicted by my bookshelf. 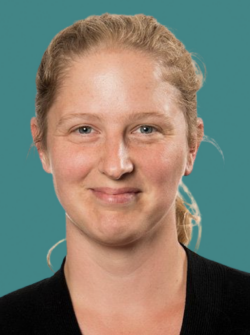