John Wilderspin is part of Kaleidoscope’s Advisory Group, and part of our family of Associates.

John is  an NHS manager by background, and spent over 30 years in NHS leadership roles at local and national level. John’s now working as an independent consultant, coach, and non-executive.
​
During his NHS career, John was the chief executive of an acute hospital trust, a large primary care trust (PCT), and joint chief executive of two smaller PCTs. John led a number of national programmes, including the implementation of health and wellbeing boards, and spent three years with the NHS Modernisation Agency.

John has a long-held interest in systems leadership, bringing together leaders from across the NHS and local government to better meet the needs of the people they jointly serve. John strongly believes that the NHS needs to move away from the traditional model of top-down hierarchy to a more distributed leadership, involving staff, partner organisations and, most importantly, patients and communities.

Outside work, John’s a keen cook and wine lover, and tries to balance those interests with swimming and walking. John’s also fortunate to spend time travelling, finding out more about the history and perspectives of other people across the world. 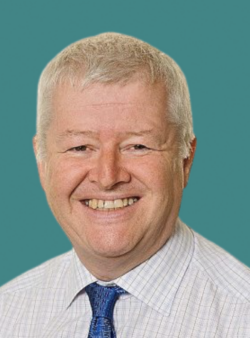